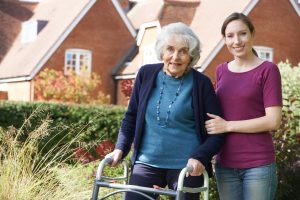 The Rise of the Elderly

The older population has grown at a historic rate in recent years. As reflect by U.S. Census Bureau figures which anticipate the population aged 65 and older to nearly double from 43.1 million in 2012 to 83.7 million in 2050. For the first time in history, the number of older adults (age 65 and older) is expected to outnumber their younger counterparts (age 21 and younger) that same year.  Even before that, in 2030, experts tell us that one in five Americans will be retirement age.

How Prevalent Is Elder Abuse?

Elder abuse is hardly a new phenomenon. The rapid increase in the number of seniors in the United States, however, has caused a corresponding increase in the issue of elder abuse. Elder abuse can take several forms, including physical, sexual, and emotional abuse, neglect, and financial exploitation. Conservative facts and figures related to elder abuse in the U.S. include the following:

What Can I Do If I Suspect My Mother Is a Victim?

If you begin to suspect that your mother is a victim of elder abuse – in any of its forms – you undoubtedly want to jump in and protect your mother immediately. At the same time, you may not how to do that. Having never encountered this problem before, you may feel lost and without resources to help you. Some steps you may wish to take include:

For more information, please join us for an upcoming FREE seminar. If you have additional questions or concerns about how to disinherit an heir to your estate, consult with an experienced estate planning attorney near you. Contact the Collins Law Group by calling (310) 677-9787 to register for one of our FREE estate planning workshops.