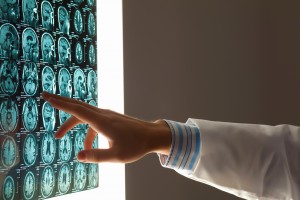 Elder abuse is certainly not a new problem in the United States; however, it is a growing problem. In fact, most people are shocked when they read some of the facts and figures relating to elder abuse and neglect. The good news is that both private advocacy groups and governmental authorities are working hard to educate the public about the prevalence of elder abuse.  Lawmakers and law enforcement agencies are also working to punish predators who commit acts of elder abuse and neglect. Doctors are another potential line of defense, according to the results of a recent study. Specifically, the study suggests that radiologists could help on the “front lines” if they were to receive specialized training on recognizing the signs of elder abuse.

“Radiologists are a core part of the medical team in child abuse cases, so why shouldn’t they be a core part of the team in elder abuse?” said Dr. Tony Rosen, study coauthor and emergency physician at Weill Cornell Medical College, New York in a recent article published in PsychCentral. For years, radiologists have received specialized training aimed at allowing them to detect potential instances of child abuse; however, it turns out that very few have received either formal or informal training on detecting the signs of elder abuse. In fact, of the 19 diagnostic radiologists interviewed as part of the study, only two reported receiving formal or informal training in elder abuse detection. Furthermore, all of the participants believed they had most likely missed cases of elder abuse. The good news is that the study suggest that many radiologists express a desire to receive training that would help them recognize elder abuse.

While specialized training is necessary to help radiologists detect potential child abuse, it is even more important if we want them to be able to detect the signs of elder abuse because elder abuse is more difficult to recognize. “For various reasons including age-related osteopenia, use of anticoagulant medications, and the frequency of accidental injuries from falls, elder abuse is often not easy to spot,” according to Dr. Rosen. “Also, while patient age is often very helpful to radiologists assessing images for potential child abuse, it is not as useful in older adults because one 81-year-old may be running marathons while another is bed-bound in a nursing home.”

Although elder abuse may be more difficult to detect than its counterpart in young victims, radiologists remain uniquely situated to help catch the potential signs of elder physical abuse. “Geriatric patients, particularly those with acute injuries, commonly undergo radiographic imaging as part of their medical evaluation, so radiologists may be well-positioned to raise suspicion for mistreatment, said Dr. Kieran Murphy, study coauthor and radiology professor at the University of Toronto, Ontario.

What Should You Do If Your Suspect Elder Abuse?

If you have an elderly loved one that you believe is the victim of abuse and/or neglect, it is important that you act on your suspicions immediately. Along with contacting the appropriate law enforcement agency, you should consult with an experienced elder law attorney in your area to discuss your legal options. Petitioning for guardianship over your loved one, for example, may allow you to step in and remove your loved ones from his/her current situation. You may also have the basis for a civil lawsuit against a facility and/or individual caretaker.

If you have additional questions or concerns about elder abuse and/or neglect, or you are concerned that a loved one is a victim, contact the experienced at Collins Law Firm by calling (310) 677-9787 to reserve for a free estate planning workshop.