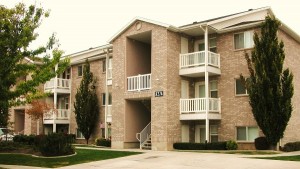 Sadly, elder abuse is not a new problem in the United States. On the contrary, abuse and neglect of the elderly has long been a concern; however, as the older population in the U.S. grows to historical numbers, the elder abuse epidemic has taken on a greater sense of urgency. As one story after another makes the headlines, the need to find solutions to the problem becomes more apparent. Take, for example, a recent story in the Sonoma County Press Democrat where the mummified remains of an elderly woman were found hidden among piles of debris in a senior housing apartment.

According to the news report, the decaying, emaciated remains of 66-year-old Arlene Potts were located inside the Duncan Place apartment complex in Fort Bragg. The victim apparently had nothing but layers of feces-laden diapers on at the time of her death. Breyer said when he entered the apartment he could not immediately see Potts’ shriveled body on the couch, which was obscured by eight or nine shopping carts filled with various materials. He had to stand on a shopping cart to see the body, he said.  Exactly how long she had been dead is also unclear. Police entered the apartment in December after receiving calls about the smell coming from the unit. Authorities believe she had been dead at least a month; however, it had been about a year since anyone other than her caregiver, Lori Diane Fiorentino, 56, had seen her alive.

Fiorentino has been charged with elder abuse and faces a maximum of four years in jail if convicted of the charge at trial. An autopsy that was conducted after the victim’s body was located found severe muscle atrophy, emaciation and ulcerated lesions her body; however, because the autopsy was inconclusive on cause of death it limited the charging opportunities, said Deputy District Attorney Kevin Davenport. He believes, however, that “Arlene Potts was neglected to death.”

What makes this story even more tragic is that is appears Ms. Potts is one of thousands of elderly individuals who fall through the cracks of the legal system and social services system. Fiorentino’s public defender, Frank McGowan, said there were a number of people and agencies that could have intervened to help Potts but did not. According to McGowan, hospital officials in San Francisco in 2013 suspected she suffered from schizophrenia.  County adult protective service officials knew she could not care for herself; yet, neither took steps to place Potts under a conservatorship nor did anything to place her under mental health care. What the adult protective services agency did do was approve the hiring of a live-in caregiver: Fiorentino. “Everyone passed the buck here,” McGowan said. He said Fiorentino had no authority to force Potts, who reportedly went from being outgoing and friendly to increasingly reclusive after a 2013 car accident, to let her provide adequate care. He also noted that caregivers typically are paid low wages and are undertrained. “A patient has a right to refuse care, even if it results in death,” McGowan said; however, a caregiver is responsible for not allowing a client’s condition deteriorate, making the judge skeptical.

What to Do If You Suspect Elder Abuse

If you have a parent, or older loved one, in a nursing home and you suspect abuse and/or neglect it is critical that you act on those suspicions because you never know when it is an issue of life and death. Try speaking to the facility administrator if you believe an employee is abusing your loved one. If that does not resolve your fears, report your suspicions to the authorities. In most states, including California, elder abuse is a criminal offense and reporting your concerns should lead to an investigation. Elder abuse and/or neglect can also form the basis of a civil lawsuit against the caregiver and/or the facility. Consult with an experienced California elder law attorney to find out what legal options you may have.

If you believe a parent, or other elderly loved one, is the victim of elder abuse and/or neglect, now is the time to consult with an experienced California elder law attorney. Contact theCollins Law Firm by calling (310) 677-9787 to reserve for a Free Estate Planning Workshop.